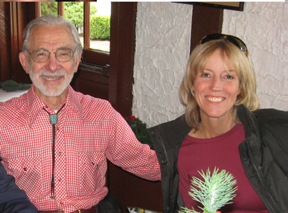 About 25 years ago I was called to provide pricing for a rather extensive drainage project in Bethesda, Md. The homeowner had consulted with an experienced builder and drainage expert who had provided recommendations for keeping existing underground water (springs) away from their home. I was asked to review their site and then talk directly to the gentleman who had made the recommendations.

This was my first introduction to Alvin Sacks. Since this initial project together, through numerous other collaborations on storm water and site drainage over many years, Alvin has provided me with a wealth of information, advice and sound common sense when it comes to hydrology. To know that water flows down hill is simply not enough. Alvin says you must understand the “science” and how it relates to the structure of your home and site.

Approximately 10 years ago, Alvin invited me to be a member of a group of professional business people in the Metropolitan area whose purpose was to help each other in business through information and leads. Alvin is one of the founding members of Metronet and, as far as I know, has rarely missed a meeting. I learned more about Alvin at these meetings and, the more I learned, the more interesting he became.

Here is a man who has been a consultant for innumerable civil, geotechnical, structural, material and transportation engineers as well as architects, builders, home inspectors, governmental agencies, real estate agents, property managers, schools, lawyers and homeowners. His published articles and periodicals include everyone from the Washington Post and Remodeling Magazine to the New England Builder News. The National Association of Home Builders requested that Alvin write a book on “Residential Water Problems” and even published and sold it! He is qualified as an expert witness in several courts and was even consulted in a sting operation for a local television station to expose a dishonest waterproofing company.

Several years ago Alvin’s was awarded a “Life Membership” by the American Society of Civil Engineers; say’s Alvin “for a total of 85 years – they add one’s age plus years of membership” and yet, Alvin is not an engineer himself

The reason he is so respected and sought after in his field, and even certified by the ASCE, is because of his experience.

Alvin was a builder for most of his working life. Among other partnerships, he had his own home building business and had the opportunity to see, first hand, what worked and what did not – over time.

As business owners, we all know that you must stand behind your product for years and years. Alvin was certainly a leader in this field. If you met Alvin, you would know that ‘he-means-what-he-says-and -says-what-he-means’ and has little tolerance for less than quality work. Don’t even try to tell him or show him something that is not right! He has a strong baritone voice and is not shy.

After a semi-retirement from building, he continued as a building inspector and consultant. He has since written structural and drainage related articles, too numerous to name, and continues to consult in this regard.

Alvin and I have seen many blunders, when it comes to construction and storm water amendments; certainly Alvin has more than I, as he has a few years on me yet.
What I’ve learned and accept is; while certifications, degrees and diplomas are important, when it comes to working with someone that “knows” what is right, because they’ve done it and stood behind it over time – I will pick the experienced business person every time!