I recently saw a ‘grab’ line in an advertisement for a drainage company that stated “The most common solution to drainage is a system of French drains”.  No! This is wrong.   A French drain in the wrong location can be a costly mistake. Here are a few basic rules for handling surface drainage: 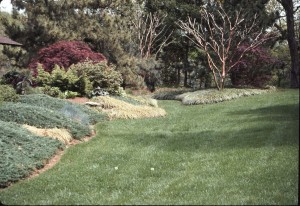 A turf swale is a good conductor of water 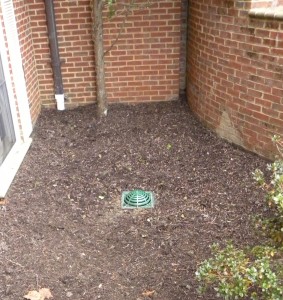 French drains should not be located next to a foundation of a home for any reason.   You would think that this was common sense but I have been on 3 projects in the last 4 months where a contractor had done just that hence, drawing water into the foundation of the house.  On one project the downspouts had been tied into this foundation French drain – diverting water into the home and providing the food source for molds.

A drain tile system installed at the base of a foundation during construction is designed to divert ground water into a sump or storm water system.  This is a building code and has nothing to do with surface water. 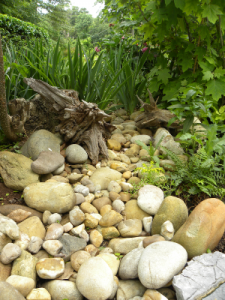 A drysteam can be used to divert surface drainage and include a French drain system as seen below.

Share This
Categories
Recent Posts
Archives
Question, Comments, or Inquires on how to schedule an on-site consultation?
Contact Us! 301.249.9000
© 2019 PETRO Design/Build Group, All rights reserved
Back To Top
×